Up the Waikato River Trail without a paddle 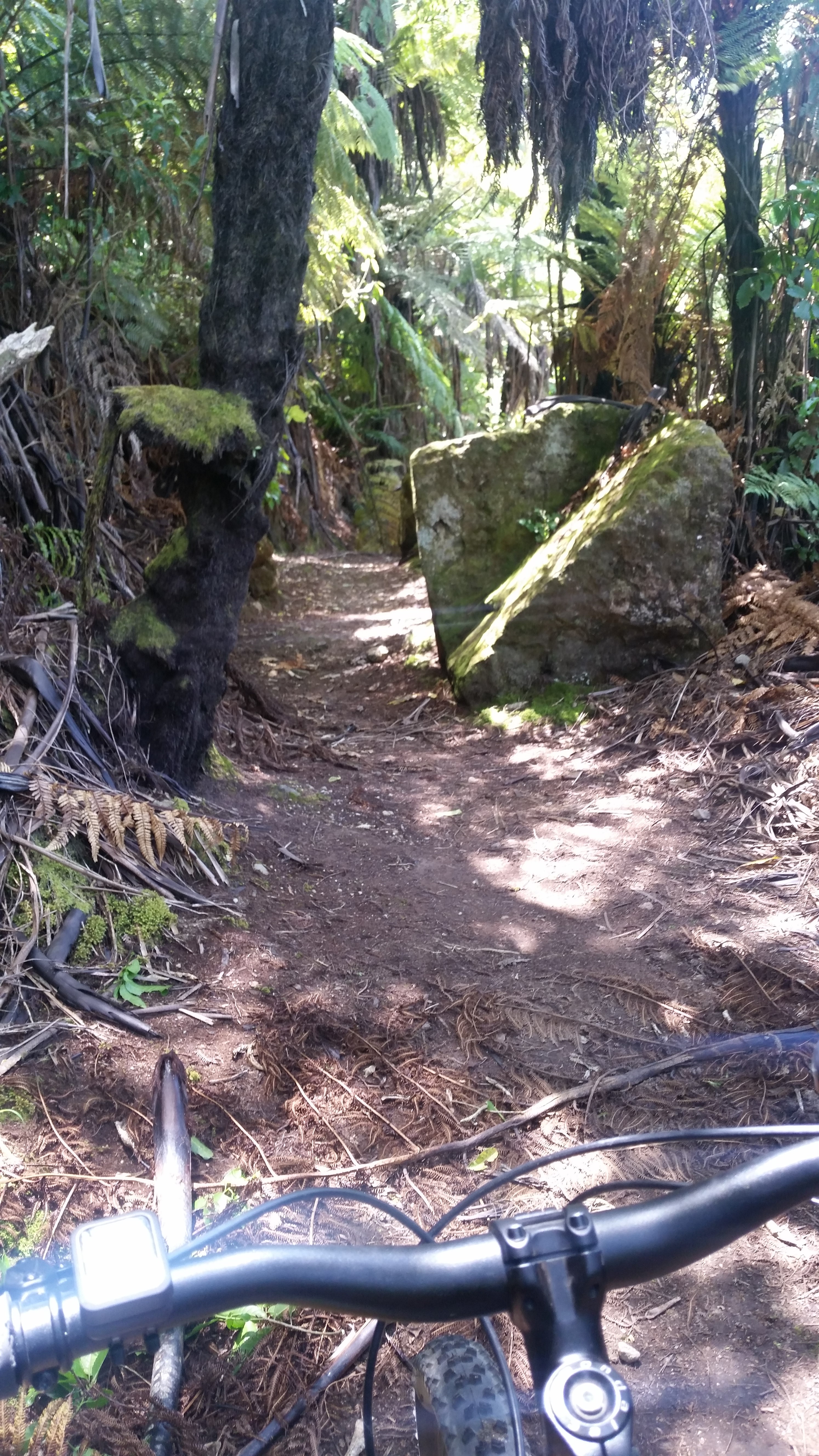 Looking for a summer bike trip just out of town? Richard Barter took an exhilarating two-day run along the Waikato River Trail a few weeks ago, and thoroughly recommends it.

The Waikato River Trail is 100km of magical riverside spaces, adrenaline-charged switchbacks, and dams… big dams. We started from the Karapiro end, which proved to be a bonus. Not only were we blessed by a strong back wind all the way. but also there are a couple of real steep big hills that we were glad we were going down not up, one of which had stairs that would have meant carrying bikes (with panniers) up. The first section to Arapuni was filled with healthy locals, flushed from the exertion of pedalling their children strapped on board up and down the hills. The Rhubarb Café in Arapuni is a winner, nicely placed for lunch. You will need it as the next 20km is pretty much all up hill, the bonus being spectacular views.

On the way down the steep drop after that, I tried to remember the tips from a recent beginners’ mountain bike class: look around the corner, not at your front wheel, tip the bike into the corner, and don’t lean. Gradually the corners were taken with more confidence. I also experimented with tyre pressure to get maximum grip going up the steep bits and more traction going down.

I must confess to losing the trail for a bit between Lake Waipapa and Maraetai Dam as the smooth tarseal crossing the Waipapa Dam was enticing after so many bumps. Big swooping downhills were a great way to arrive in Mangakino at the end of the 62km day. We were warmly welcomed by staff at the Mangakino Hotel where after a good dinner we flaked out and slept soundly.

The next morning, the lovely ladies at The Hui Hut Bar and Eatery made us good coffee while we waited for them to open up for breakfast. Porridge was not on the menu so I nipped down to the shop and bought some oats which they cooked and presented beautifully. It is a great feeling heading out of town in the morning by bike trail when one has arrived on a trail the previous day. The path by Lake Maraetai looked as though a couple of inches of snow had fallen – it was the fluffy white seed parachutes which emerge from the fruit capsule of the poplar trees. The second day’s ride was total exhilaration as there are no real hills. A few mud puddles; lots of fun fast ups-and-downs dodging rocks and pine cones, ducking branches and staying away from bluffs; hushed sections carpeted in thick pine needles; a freshly felled section of pine forest… … and beautiful vista after vista of striking mountains, limestone bluffs and always the majestic river. One cannot miss all the dams: huge, concrete, electrifying. The Dam Café at Whakamaru produced an excellent lunch with locals providing all the advice we could ever want about the trail.

Glyn from the Waikato River Trails Trust (which built and maintains the trail, planting thousands of trees and other greenery every year) was waiting to shuttle us back from the end of the trail at Atiamuri to the starting point. He was full of great stories about the huge job of making the trail happen. A whole community effort. Thank you good folk of the Waikato for a great ride.